Zero: a sense of pride for Indians

India became free on August 15, 1947. This day is still celebrated all over the country with much pride and joy remembering the great leaders and freedom fighters that fought till the end so that the coming generation could benefit from it. When you look back, there are many things that the citizens of India can feel proud of, from shampoos, ink, buttons, and the concept of board games to mathematics. India has contributed massively to the field of Arithmetic by helping in deriving the basics of Algebra and abstracting the number zero.

Aryabhatta was one of the world’s supreme Mathematician-Astronomer and was born in Patliputra, Magadha. It is a small town in Bihar. Patliputra was earlier known as Taregana, which was later identified as Kusumpura and then finally known as Patliputra. 476-550 A.D. was known as the “golden period in the Indian history” as he wrote his famous treatise the “Aryabhatta-Siddhanta” and “Aryabhatiya” in this duration. He was a fantastic teacher and an even more extraordinary scholar who had immense knowledge in the field of mathematics and astronomy. 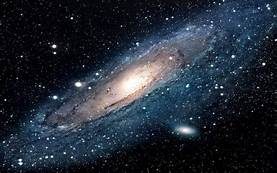 People might not know, but it was he who introduced the heliocentric theory way before Copernicus did it. This theory suggested that the sun is in the center of the solar system and all the other planets revolve around it. He played a significant role in both, astronomy and arithmetic.

His contribution to astronomy was astonishing by the fact that there weren’t any modern equipment or technology at that time to come up with such solutions and theories. But, he still managed to, with the help of his sharp brain and his dedication towards this particular field. This helped him to solve many mysteries of Earth and the solar system. He suggested the fact that Earth is round in shape and rotates along its own axis which basically explains the presence of day and night.

His treatise “Aryabhatiya” helped in solving many mysteries related to the world of astronomy. It comprises of four chapters related to sine tables and astronomical components. He was the person who mentioned that the moon has no light of its own and shines because of the sun’s reflection. This treatise was recognized as a masterpiece and is still acknowledged as one. In honor of this work, he was, later on, made the head of the Nalanda University.

His contribution to the approximation of pi is another of his most significant achievements. He is amongst those mathematicians who brought in the concept of deductions and several other theories that still stand strong. He was the first person to approximate the value of pi (to be near 3.14) and also derived the right formulas for calculating the area of triangles and circles.

Of course, then came the place value system and his discovery of the number zero. He is regarded as the first person to use zero in the place value system. शून्य in English means zero. He played a significant role in the formation of the sine table. The list of his amazing work seems to never end. He even worked on the summation series of cube roots and square roots.

His work had a significant influence not only in the Indian culture but also in several neighboring cultures. This was possible through Arabic translation. For his extraordinary contribution to math and astronomy and India, the first satellite of Indian ISRO was named after him, “Aryabhatta.” A research department was established and set up in Nainital, called the ARIOS (Aryabhatta Research Institute of Observational Sciences). It inevitably brings in the sense of pride being born in a country that had witnessed the great works of Aryabhatta.

Your Guide to Starting a Career in the Resources Trading Industry